Get Help Now Who We Are

“Great people to work with. They are very professional and extremely helpful throughout the entire process. I highly recommend!”

“I used Elliott Frazier Law Firm, LLC, for my child custody case. I must admit I was very happy and satisfied with all of the work that was put into my case.”

“I have had the pleasure of working with the Elliott Frazier Law Firm for years now and they are absolute super people to have on your side.”

Family law issues are complex, and can rarely be solved by one-size-fits-all solutions. Our extensive experience in family law matters gives us a broad working knowledge of the law, allowing us to craft a custom-tailored legal strategy for your case.

We are selective with which cases we handle. This allows us to hone in on exactly the issues that your case involves, and give your case the personalized attention that it deserves, setting you up for a bright future as you rebuild your life.

Family law issues are often massive life-changing decisions. After all, family is everything. Working with us, your case will be handled with care, and we will inform you every step along the way, giving you the peace of mind to focus on rebuilding your life. 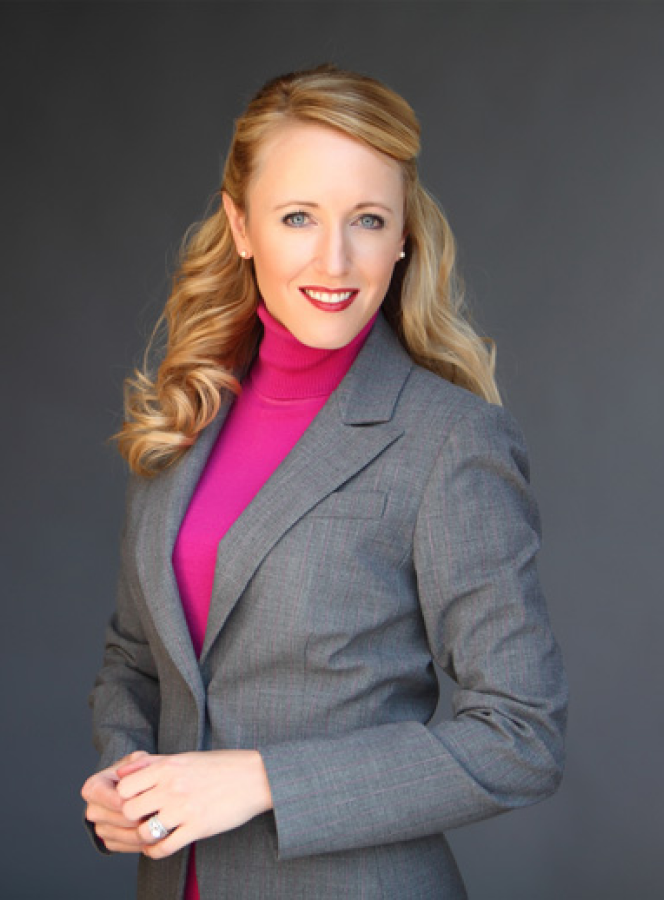 With nearly a decade of family law experience, Elliott Frazier Law Firm knows the ins and outs of family law. Whether it’s an adoption, or a divorce, we are ready to help you protect your interests, reduce your stress, and move into the next phase of your life as smoothly as possible.

What You Can Expect From Us

While we can’t promise an outcome, we can promise you that throughout the entire process, we will be transparent and honest with you. We will explain your legal rights in plain english, and ensure you understand the implications of each potential decision you make in your case.

We are dedicated to giving our clients high-quality representation, while remaining convenient and accessible. Each client has telephone and email access to us at all times, and we able to meet outside of business hours when needed.

To Us You’re Not Just a Case File

Many law firms take on a high caseload, overworking their attorneys and splitting their attention between many cases. We’re different. We take a limited number of cases, which allows us to focus on your case, and just not treat you like a case number.

Are you in the divorce process in Greenville SC?

Elliott Frazier Law is accomplished in all these cases.

Divorce is tough, and it hurts more when there are kids involved. The turmoil of divorce can feel worse when tensions are running high.

Couples who are getting divorced commonly disagree on matters such as the division of property and the custody of children. The resultant stress from this type of dispute can be considerably damaging. In these cases, it is often best to leave these matters to an objective and professional divorce lawyer in Greenville SC.

Getting the right legal support lined up can help you to navigate these challenging times by:

Even if your split is amicable, divorce is one of the most stressful life experiences alongside death of a loved one and major injury. There’s a lot to consider with this huge logistical, financial and emotional upheaval which will impact you for the rest of your life.

A caring and experienced lawyer who has your best interests at heart can help to make the divorce proceedings more bearable so that you can move on peaceably with life afterwards.

A Desire To Help

When looking for a divorce lawyer it’s vital that you find someone who you’re happy working with. You should feel compatible and comfortable as you will have a working relationship. You also need a lawyer who genuinely has your best interests at heart, in which case you want to consider consulting Angela Frazier.

Having grown up as the daughter of Senator Dick Elliott, Angela Frazier has fostered a strong commitment to serving members of the community in Greenville, SC as a lawyer.

Angela is a proactive, caring, patient, and experienced lawyer. With extensive experience with family law, Angela is a professional divorce lawyer who can be aggressive if necessary. She won’t let anyone bully you and stand up for what you deserve.

With over 16 years of practice experience, Angela Frazier has developed relationships with many individuals, families, and businesses.

Angela first graduated with her law degree from the University of South Carolina School of Law in May 2003.

When you’re looking for a lawyer, you need someone who understands divorce law in granular detail and has applied their knowledge in a number of scenarios.

Before Angela started Elliott Frazier, she practiced at two law firms for seven years. As a consummate professional Angela is considered an authority in her field and so became adjunct professor on the paralegal program at Greenville Tech, SC.

Angela also belongs to a number of professional organizations including:

Notably, Angela was also on the Greenville Tech Advisory Committee for Paralegal Studies.

Angela is highly trained and knowledgeable having studied and trained hard to become a fully qualified lawyer.

Some divorce lawyers see you as a number, but not Elliott Frazier. We understand how traumatic a divorce can be. We also have the knowledge and experience to fight your corner to get you the best settlement.

I truly cannot write a review that gives enough praise to Mrs. Frazier and her incredible team. She fought hard and always gave me the most honest input for the next steps. In the end, we walked away with more than what we thought possible because of the work she put in. Before working with Angela Frazier I had another well known attorney in the Greenville represent me and completely botched my first agreement… Do not make the initial mistake I made… Go with Mrs. Frazier and her team from the beginning.

I felt so comfortable from start to finish. Angela and Jessica are amazing! I came to Angela in desperate need with very little time to handle things and she made it happen! I’m so thankful I decided to go with her Law firm and I’m so happy with the outcome! I can’t thank them enough!!! Adoption complete 🙌

I found my son’s mother making extremely poor choices that were putting my son in harm’s way. Angela and her team worked quickly and aggressively while also being very considerate of my situation. I had sole custody of my son within two weeks of being born and am happy to say that he is now safe and well. I couldn’t be more grateful for the help that they gave us! A free guide to filing for divorce in South Carolina including common mistakes you should avoid.
Free E-Book 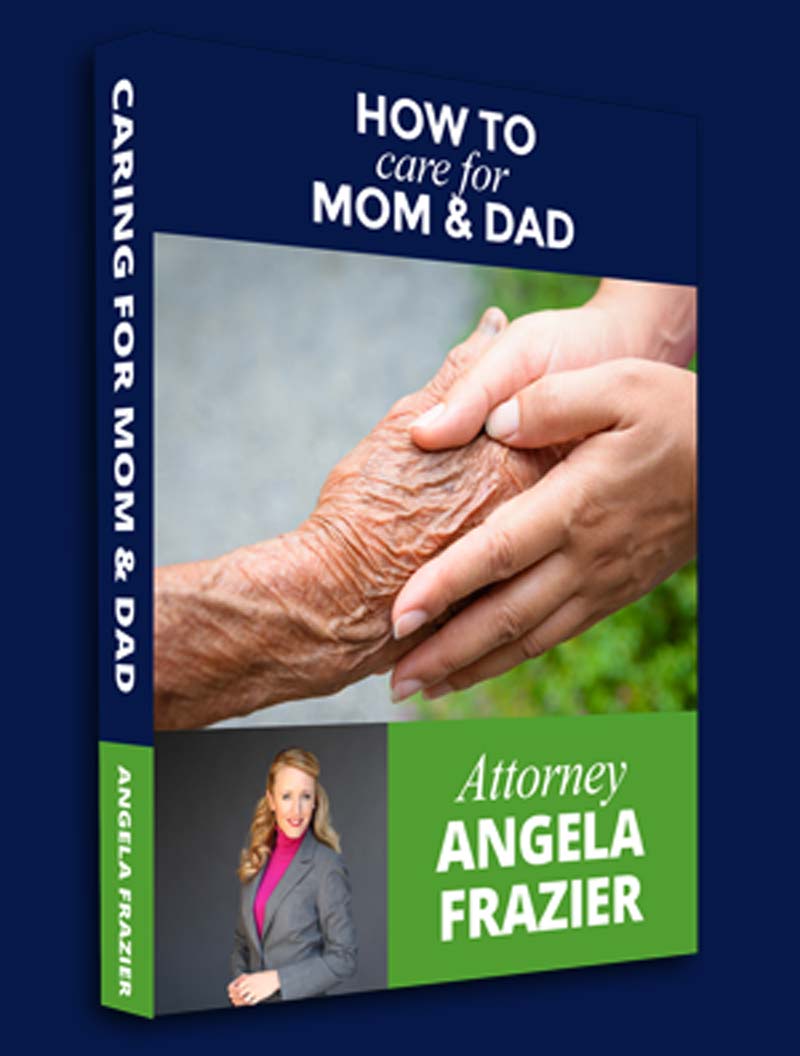 A free guide on caring for your aging loved ones, and planning for your family’s financial future.
Free E-Book

Words From Our Founder

“I really enjoy meeting new people and hearing their stories. Even in a case such as a divorce or a personal injury, it’s an honor to be able to help people through a difficult time in their life.”

Angela Frazier About Us How Does Property Get Split After a Divorce? Divorce on Grounds of Spousal Abandonment in SC Is it worth getting a divorce lawyer?

Seeking the assistance of a professional lawyer at Elliott Frazier can help you move through the tears and trauma of a divorce and secure the best settlement.

How will property be divided during the divorce?

It depends on various factors such as whether items were obtained before or during the marriage, child custody agreements, or the spouse’s income. A lawyer can negotiate the best settlement for you.

How long does it take to file a divorce in South Carolina?

It takes at least 90 days to finalize a divorce after the paperwork has been submitted, but the process could take as long as a year or more.

Let Us Help You

We provide experienced and compassionate legal counsel in all Greenville family law and personal injury matters.

We look forward to serving you!